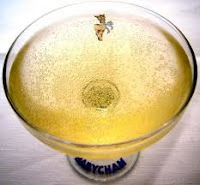 In the early 1970's when I was 16 and  'behaving badly' , the misdemeanour's I was guilty of included;  going very occasionally to the  pub drinking Babysham; smoking ciggies; sex with my boyfriend; and coming in a half hour later than my Saturday and only night 10.30 curfew. I was actually the latest developer in my convent school year and even secretly became engaged to my boyfriend. None of this secret world was brought back home, as my Dad was a very vocal strict Latin parent. This was my 'rebellion'.

I was then sent to the USA for a second chance at school, but alas, I found I was a novelty in the small town and I revelled  rebelled  in all the attention. It didn't last long as I was caught out after 8 months there and sent home for my sins. Not my best days. Only later did I realise that 17 in the USA was under age unlike the UK. Again my misdemeanour's seemed to be the usual teenage antics of the time, but mine were now away from home and on another mothers watch.  I know I wasn't bad un. I know I was an unhappy teen and craved affection and attention. Little has changed actually methinks.

Now as mother to a 16 yr old son who lives with me and  a 19 yr old daughter who lives with her Dad, I seem to be in the positon that when l see her, which isn't very often, she bares it all. A good thing perhaps. Am I her confidante or is this shock value. I allow for exaggeration. It makes me shudder with how seemingly casual she is about her life as a 2010 late teen, who is on a gap year and gainfully employed. Considered in our culture to be an adult. Making her won choices. She has left home, well my home. Stories of sex, drugs and rock 'n roll abound.

Talking with my younger friends I do realise that the culture is very different form my decade. 'Recreational drugs', (how I abhor the oxymoron) appear the norm. They are cheaper than alcohol and the effects longer lasting.

Yet I keep thinking of my Monday night badminton pal who now spends her days by her son's hospital bed, after finding him not breathing on her sofa. Resuscitated he has not come out of his heroin induced coma, they fear the worst. The teenagers l know are causal about their antics and fearless.

There are no stereotypes here. This is classless and cultureless. What did we do wrong? Do we sit and wait and fear the phone call?  Did this happen to spite us or inspite of us? Is it about her or us? Did we push too hard? Why even tell me? For me to intervene and how? Am I being unrealistic these days?

In the middle of divorce and with little contact with Larry she admits he is trying to reign her. Having lived with an addict for most of my adult life I find this almost unfathomable and l feel helpless.

One never stops being a  parent.