I enjoy writing fun posts for this blog but in reality it is frequently anything but fun being the parent of a teenager. Equally, and perhaps more importantly, it is often no fun at all being a teenager. 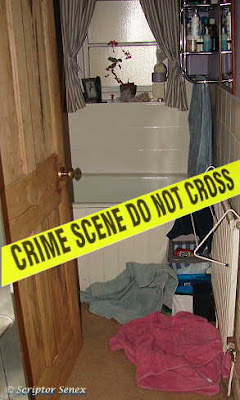 I get frustrated by the state in which Junior leaves the bathroom when he is preparing to go out. The bowl’s dirty, the bath towels are on the floor, the tops are off half as dozen different lotions and smellies. And lecturing him about cleaning up after himself has no effect. But occasionally I put myself in his position and think which would I rather be. The guy who cleans the bathroom or the one who has to spend hours grooming himself and worrying about every hair that might be out of place, every potential spot or blemish and all the other things that a young man going out for the evening has to consider.

I am fortunate in that my life experiences have given me the confidence to deal with things without worrying about what people think of me. I can happily display on my blog the words of Dr Seuss -
“Be who you are and say what you feel, because those who mind don’t matter, and those who matter don’t mind.”

But what was is it like at nineteen? Very different!

I recall one girlfriend I went out with who was a rugby fan. I brushed up on my rugby knowledge. Magnified the three awful games of rugby I’d played into a season of above average performance. She was tall. In high heels she was taller than me. I wore smart black leather boots for most of that year. ‘By coincidence’ they happened to have higher heels than ordinary shoes. She liked me to be clean-shaven and my beard has always been quick growing so after a day at work I was a bit stubbly. I went through agonies finding various ways of shaving between work and going out. It would seem a simple enough task but this was in the days before electric shavers were common and there would have been nowhere private in work to plug one in. So I had to endure the risk of someone coming in the Gents and finding me shaving. There would have been ribald comments to endure. How mortifying.

Of course, not every evening was spent going out with one’s girlfriend. There were trips to the match and on to the pub with the lads. It didn’t matter what the weather was like or if one had a headache one stood (in those days) at the Anfield Road end of Liverpool’s ground and sang rude songs at the referee. And, most important of all, one had to look like one was enjoying it, even when Liverpool were three nil down and the hail was bouncing off your bare aching head. (What, wear a cap – how wimpish would that have been!) Then , in the pub, how many unwanted glasses of beer were downed and cigarettes smoked simply to keep pace with one’s friends. The pressure to conform outweighed all else.

So I try to look at Junior and remember some of these things. And I’ll pick up the towels from the floor and be thankful. After all, it may not seem like it but he’s got a lot more to worry about than I have.
at 8:22 am