And so on a bad day God invented the Mobile Phone... 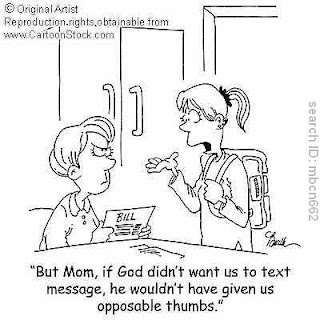 No of course I don't really mean that, I am ever-so-slightly biologically attached to mine. I do confess to being a texter and it's always 'there' in my bag or pocket 'just in case.'
Where I went wrong was getting my 15 year old one on contract when we had to move to a new, much busier area and so we felt sorry for her and thought for safety's sake, contract was the way forward. Big financial mistake. It's called over compensating and is a slippery slope. Be warned. She has a very nice pink, touch screen mobile phone. The package includes umpty ump minutes, 5 zillion free texts, a camera David Bailey would have been proud of and all the other bells, whistles, gizmos and gadgets and the damn thing has been a total financial drain.

The first time she went over her minutes we made her pay for the extra bill and threatened to take the phone away. The second time I can't for the life of me remember why we didn't take the phone away but somehow we got persuaded there was some legitimate reason for the misdemeanour. Then a couple of months ago, after a school skiing trip we got a third bill which had exceeded her call and text limit and we saw red. 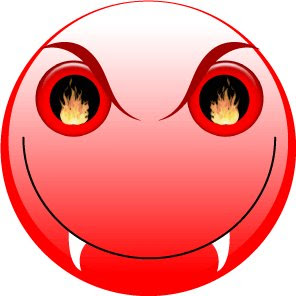 She'd texted people from France to the UK and thought it was included in her allowance. Hmmmm...

She'd also, we noticed, been texting one number repeatedly, some days virtually non-stop.
Got to be a boy.

This number had been texting her at 11.30 pm on school nights.
Not good.

She'd been texting in lessons.
The gasket blew.

We confronted her and she was pretty ashamed. We removed the phone and made her pay back the extra charges. So far, so good, I think she's learnt this time. Now remind me, why did we get if for her in the first place? Oh yes - to know she's safe, to be able to reach her when she's out.

Thing is, when I want to call her on the freakin' thing she doesn't answer. If I steal out of the house to escape for an hour or so she calls me 500 times to ask me to pick things up for her, ask what time I'll be back, where my eyebrow tweezers are....you know the vital stuff of teenage girl life.

Now I have two more in the wings, lining up, asking for a phone on contract. I should have thought of that before perhaps. You live and learn! I can hear that sucking sound coming from the bank account again.