Teenagers, a new term, a marketing ploy or a commodity

My Mum always used to tell me '... you don't know what side your bread is buttered!' and ' you don't know how lucky you are!' or ' Macmillan (who?) said we never had it so good, I think he meant you, Saz!'
What she was referring to. And of course what I didn't appreciate in the least. Not even a tiny bit. Was that when I was as a teenager, a term itself coined for marketing purposes by some marketing guru, before there were marketing gurus marketing the marketeers. Was that we had been recognised or targeted, depending on your perspective and opinion. Therefore we had a stream of specialised items just for us.
The thing l'm trying to talk about and failing dismally at being succinct is that in Mum's day, circa Jurassic period, sorry Mum 1950's. Teenagers was a term as yet uncoined, they were but a blot on their parents landscape. To be seen and not heard (herd!) left to roam the streets, cities and countryside, seemingly in blissful ignorance of perverts and white slave traders.

And yes they did go out and about just like today. But the pervasive air of suspicion and subversion was not yet applied to them or around them. Where as we, that is my contemporaries and myself, we were on the cusp of the decade that was ending with swinging? (surely not Mum and JP? Nah.) The groovy baby sixties 1960's, became the glam and glitzy 1970's. We benefited from the growing recognition of the left over bobby soxers who had become 'teenagers'. 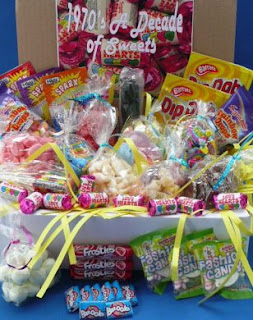 One moment I was having to take my siblings to Saturday morning pictures, my only pleasures being Bunty comics' The Three Mary's, a pack of refreshers and a Swizzler lolly, (I still buy them today, but they are softer!) My clothing came from Marks & Spencer's and were primary coloured knitted dresses that smacked of great Auntie Midgie's frocks.
Then it seemed overnight. I became a commodity. Oh joy, deep joy! Boutiques in the high street appeared and were no longer the stuff of dreams at only Carnaby St or up the Kings Road. In the smoke. The Young Generation Boutique opened in a department store in Canterbury and I was bedecked with a blue tie dye hot pant and jacket, A red and white gingham smock and hot pants and the jazziest pair of loons you've ever seen, they were FAB.Patent platform and white knee high pop sox. Bees Knees. I secretly listened to Radio Caroline, shock horror and Kid Jensen on FAB 208 Radio Luxembourg into the wee hours. But I still wasn't allowed out. Officially.
If school allowed us a disco at summer term, (and for a Convent school we were Lucky), my friends and I organised this with bated breath and training bras at twenty paces. Life was getting interesting. 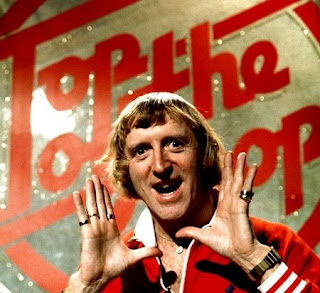 We suddenly had a veritable onslaught of magazines, boutiques and disco's. We felt we had a right to go out and do things (?!*) and have a life. Even if our parents and rather strict to say the least French Papa's. (Though truth be told, I needed to be reigned in a bit). It must have been really scary for them. I mean realistically their childhood included at best being bombed, rationing,being sent away from their families, to other part of the country of to other countries. To keep them safe from harm or worse. On the doorstep. The last ration books only disappeared in 1956, 13 years before, MY teens. 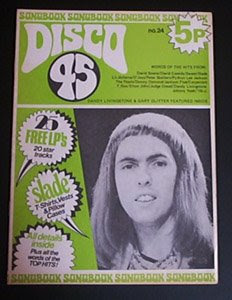 Then suddenly we got through the hormones, and we watch our own bouncing babies, turn into leggy 14 year old's and announce something along the lines of, 'I want to do what I want, where I want, when I want and with who I want'. Did I really say that to my parents aged 13, yes I did.
My daughter is just there at 17+. So I am grateful in many ways, that she is only just becoming her mothers daughter. It is a trial. For the parent and for the teenager. We should consider the contextual differences. The different upbringings. The different society mores and rituals. It isn't really important that it's better or worse. It is just different. Relative.
Bit hard to rationalise this at 4 in the morning and she isn't home yet! Crap!