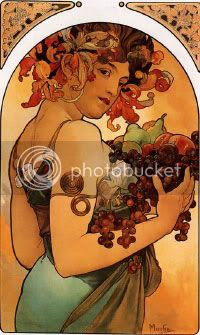 After a few fraught days of dizzy dialogue with my Twisting Teen, I took time out to seek out some words of advice from my dear friend Wise Wikipedia, who usually hides out with me over at my Day Job Blog, A Woman Of No Importance...

When I picked that name for my blog, I was tootling about at home, building up to, and then trying to get over, a back operation...

I was feeling despondent about myself, my own place in the world, and to be honest, I am still struggling to cope with raising a gorgeous, but challenging Teen Terrorist, who blows hot and cold with his affections, especially for me...

And I found this...and I've added my own reflections to this, I hope you might find something to identify with here:

A Twelve Step Programme, if you like... Morsels of advice for Addled Parents of Teens...

Back off. If your teenager is irate, any attempts to restrict or discipline them will only be counterproductive. Give him or her some time to cool off. If the situation calls for punishment, it can be dealt later, but too often parents make threats that are too harsh in the heat of the moment.

...So, threatening out loud to have him adopted at 15 was just not the right step, nor was it realistic? He would have been able to have seen through it?

Remember that your kid really does love you. S/he argues when s/he is angry and makes statements s/he doesn't mean because s/he is just learning to express him/herself and doesn't see many other ways, especially if s/he feels s/he is not being effective talking civilly.

...That's hard to remember when he's driving me demented with tormenting me #101... He knows my every button to press, how to really get my goat up, (and I didn't even know I had a goat!); to make me go from A - Z in terms of rage in a nanosecond...

Realize that he is going through a difficult time. Teens have many stresses. Your kid is maturing into an adult and is dealing with pressures from school, homework, friends, popularity, dating, after-school activities, individuality, hormones, etc. It's a heavy load for him to carry.

...So that's why I've got the bad back then, because he's carrying all those burdens... Ummmm...

Calmly approach him and continue the discussion after a while, later in the day, after both of you have had time to calm down.

Do you mean when the window repair man has taken away all the broken glass, and put in a new window-pane for me... And I'm standing there, sobbing, weeping at the sight. ...Right?!

Watch your own tongue. If you have a tendency to get angry easily, he will naturally become defensive and may snap again.

Could you not have told me this when he was 13? Before I'd set a pattern of Child/Child behaviours between us, that are now so difficult to reverse? I'm an only child, he's an only child - neither of us have any siblings... Go figure!

Beware small things that may start long arguments. A little disagreement over whether or not you were fair in grounding him two weeks ago may spiral into a fight over how fair you are regularly.

Okay... Do you have CCTV trained on my home - Or one of those Nanny Teddy TV camera doobreys?

Stop the conversation if things seem to be escalating. Suggest that you find something else to do, and promise to resume the topic later. Make good on that promise; teens hate being cut off.

Easy for you to say, when he's chasing me around the house, trying to get the last word in... It's enough to drive a girl to drink! I don't half fancy some Champers... I wonder what triggered that?!